Habanos cigars are increasingly placing themselves as an important product in both popular culture and as luxury lifestyle. Virtually all countries east of the Atlantic Ocean will think of Cuban Cigars when it comes to fine hand-rolled tobacco – it has effectively set the bar in terms of tobacco being considered in the same way as whisky and wine.

While in decades gone by Habanos S.A have often produced their cigars and placed them in somewhat modest packaging, in the last 10-15 years they have placed stronger emphasis on the aesthetic. By doing this they have enhanced the reality of being considered a luxury product. The Cohiba Behike is a prime example of this; a release of cigars that were packaged in black-piano key style lacquered boxes. A magnetic closure rather than the romantic Habanos ‘nail-in-the-box’ closure. Behikes are the most premium line in Habanos Standard portfolio.

Beyond the packaging, it is the exclusivity of some of the cigars that has created the biggest impression. Luxury boxes create the perception, but the actual product is what really counts.

The Reserva and Gran Reserva editions of Havana cigars epitomises the best to come out of Cuba, because it is their high-end luxury product being showcased to the world (other than the grand humidors at the Habanos Festival auctions, of course.)

So, what are these luxury boxes of cigars? They are cigars rolled with aged tobacco from a specific harvest to produce a much smoother flavour cigar than its standard version. The thought gone into it is to ensure a batch of cigars that are exclusive, premium and collectable. All these points are extremely important when identifying sought-after luxury goods. The Gran Reserva concept effectively translates to the best of what Habanos make, with the Reserva not too far behind hence the gold and silver bands respectively to accredit the cigars.

They have always been cigars picked from one of the six global cigar brands, Cohiba, Partagas, Hoyo de Monterrey, H.Upmann, Montecristo & Romeo y Julieta. However, the 2020 Reserva broke that pattern as the Bolivar Belicoso Finos was selected for the status. The Bolivar is considered a speciality brand only available in premium shops and regions. 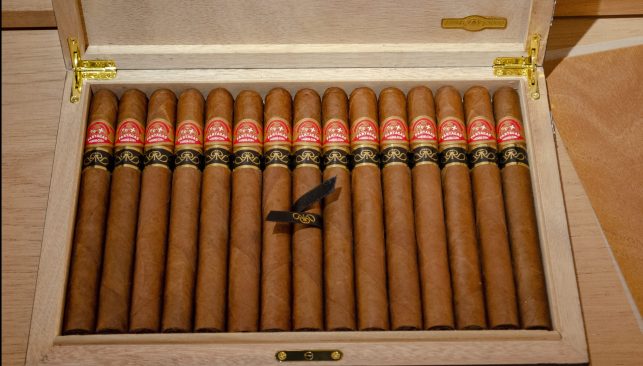 The concept was introduced in the mid-2000 and settled with their current schedule in the early 2010s. Initially launched in 2003, the Reserva collection had FIVE Cohiba lines start the concept in 2003: Espendidos, Piramide, Corona Especial, Media Corona and Robusto. The extra ‘Reserva’ band was exceptional if not completely inspiring.

The next release, which was a Partagas Serie D No.4 was in 2005 and the band was changed to the now symbolic ‘reflected R’s. Two years followed before the next was released, the Montecristo No.4. The two years after that saw the release of the first Gran Reserva, Cohiba Siglo VI – a release, in hindsight, that would now be worth a substantial sum of money if anyone has held on to their cigars.

2011 was the next Gran Reserva / Reserva release, as the Montecristo No.2 was given a Gran status. It was from this point that the Habanos schedule was to alternate releases of the Gran Reserva and Reserva every year, odd numbers for the Gran Reserva, even for the Reserva. 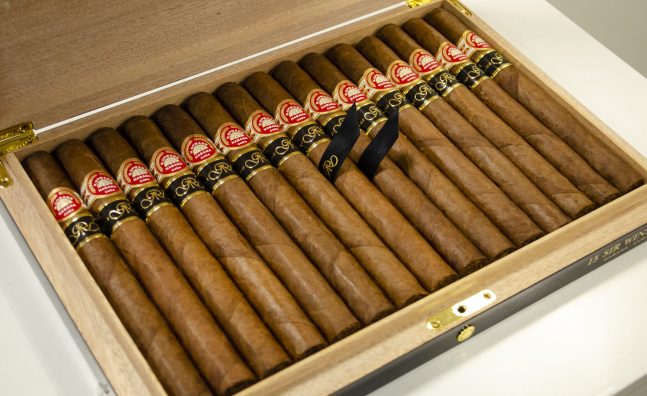 The factory tasked with creating a Gran Reserva and Reserva meticulously select the very best tobacco leaves from the Vuelta Abajo region of the Cosecha of the scheduled year. Cosecha translates from Spanish to English as harvest. The year that follows Cosecha on the box is the year the tobacco was picked not the year the cigars were rolled and boxed.

The leaves are then left in their batches to age for at least five years, with careful measures put in place to ensure the aging process goes as required. After the aging has been completed the leaves are then rolled into cigars by the expert hands of experienced master rollers. Cigar aficionados and cigar collectors, probably more than any other release, will judge what is being produced for the Gran Reserva and Reserva cigars so only Habanos’ finest are tasked with the production of these cigars.

Established, in a manner of speaking, as the lieutenant to the general in 2012, the Reserva has enlisted the vitolas of some of the most famous Habanos cigars.

The same production principles of the Gran Reserva apply with the Reserva - there are no shortcuts. Only the most skilled rollers are tasked with creating these cigars. The only significant difference is that the tobacco is aged between three and five years instead of the five minimum of the Gran Reserva. 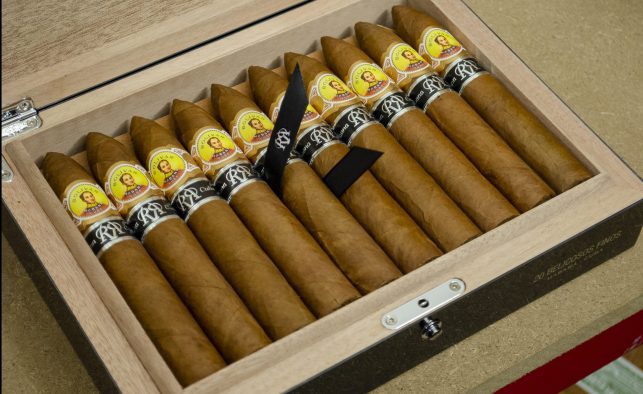 The Bolivar Belicosos Finos Reserva had arrived in 2021 in markets across the world but had not made it officially to the UK marker until March 2022. Despite being a year behind it’s initially release we can turn our attention to the next Gran Reserva Release which will hopefully arrive by the end of 2022. The cigar selected for the status is the Partagas Serie E No.2 cosecha 2015.

We do have some of the Reserva and Gran Reserva boxes for sale but due to the exclusivity we do not currently have them online. Please contact our flagship on St James’s for more information about Gran Reserva / Reserva availability.