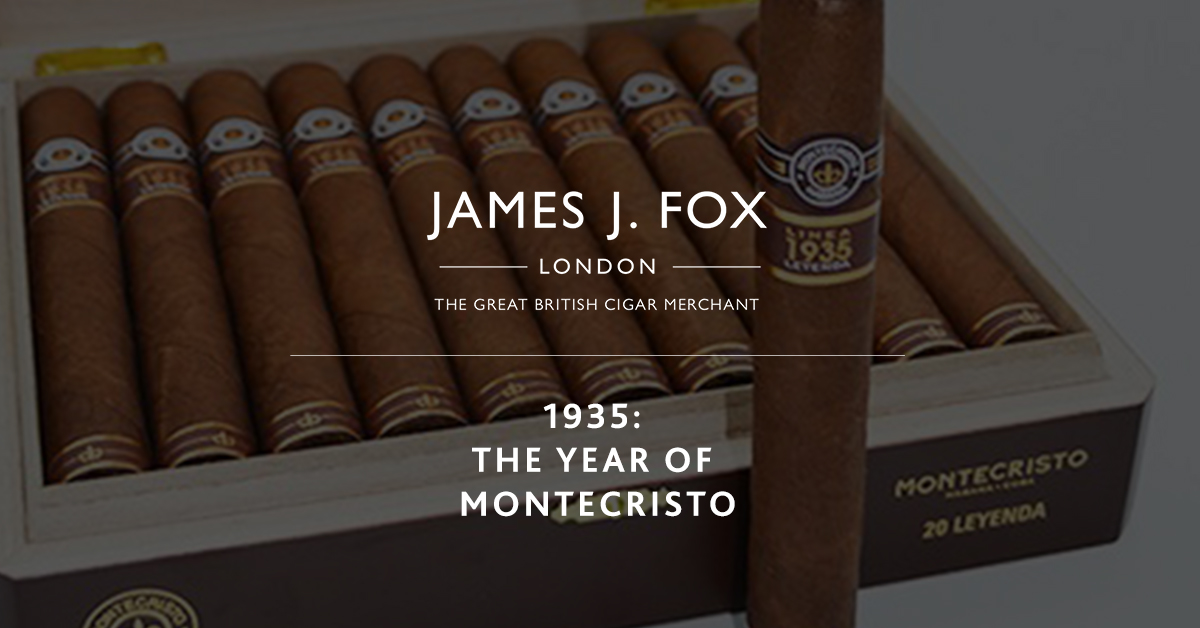 Montecristo is one of the most recognisable cigar brands in the world and consists of two brands, one produced in Cuba for Habanos SA and the other in the Dominican Republic for Imperial Tobacco, giving the option of both a Cuban Montecristo and a non-Cuban Montecristo.

Unlike other brands, Montecristo is not especially old, first being rolled in just 1935. With an extensive range of varieties to choose from, it is one of the most popular brands in the world. Here’s a look at the history of the Montecristo, and how it became what we know it as today. 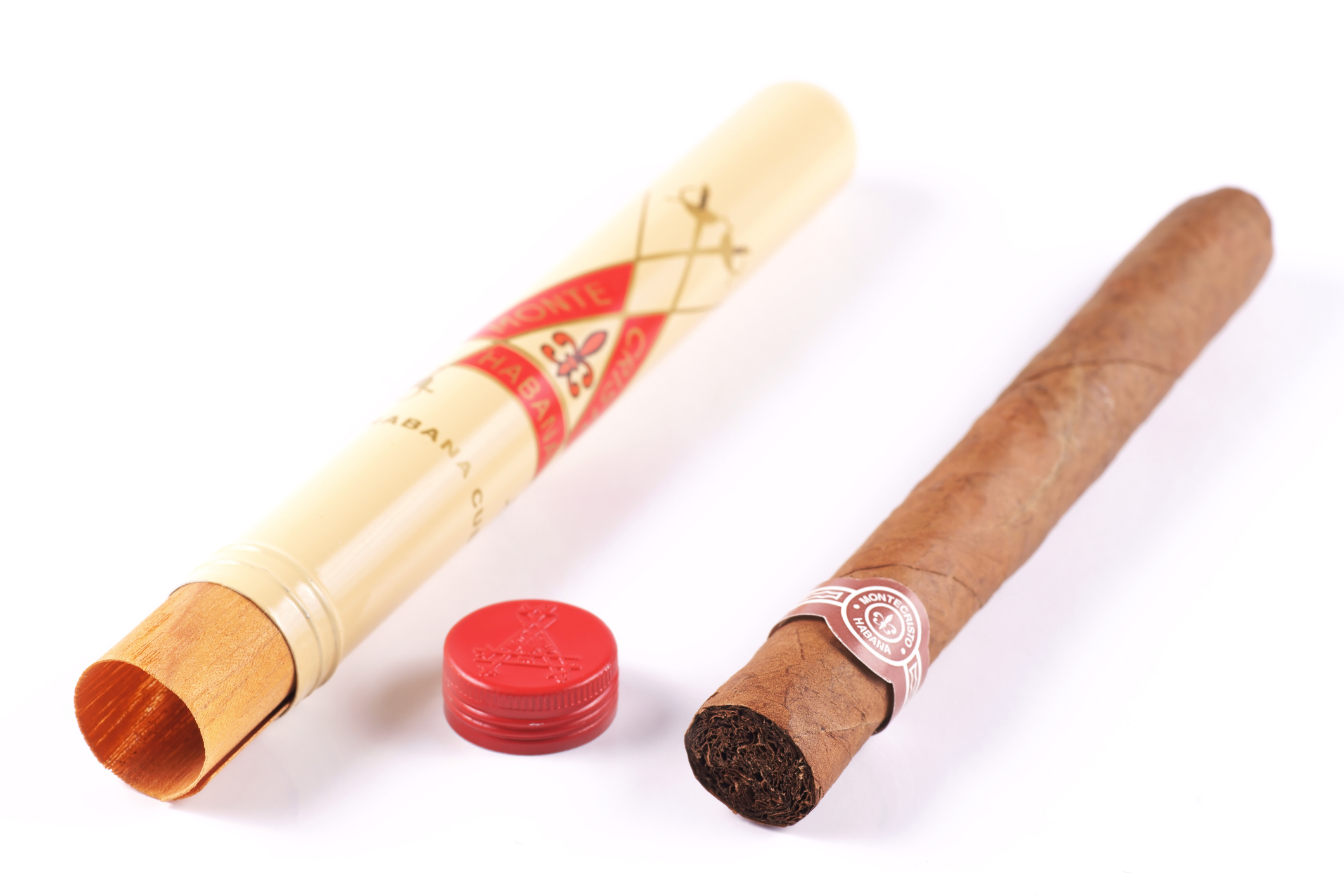 The Count of Monte Cristo

Named for Alexandre Dumas’s famous novel, the Montecristo was born in 1935 due to an acquisition. Alonso Menéndez purchased the Particulares Factory and created a new cigar brand immediately after the acquisition. The logo with the triangle of rapiers is said to be a homage to the swords referred to in the novel, which was a popular read in Cuban cigar factories.

With Montecristo’s growing success, the firm purchased the H. Upmann Factory in 1937 and moved the production of Montecristo cigars there. The cigar brand soon became incredibly popular around the world and, to this day, accounts for around one-quarter of Habanos SA’s worldwide cigar sales – making it the most popular Cuban in the world.

Menéndez and his firm partner García y Cía fled Cuba during the Cuban revolution, and in 1960, the Montecristo brand, the factory and all assets were nationalised by the government of Fidel Castro. They tried to re-establish the brand in the Canary Islands but ran into trouble with trademark disputes due to the cigar already being sold there.

So they could continue to sell cigars, they named their brand “Montecruz”, with a very similar design scheme to Montecristo. It became the No. 1 premium cigar in the US.

Meanwhile in Cuba, a new man was put in charge of operations, and in the 1970s and 80s, five new sizes were added to the brand: the A, the Especial No. 1 and 2, the Petit Tubo and the Joyita.

In the 1970s, operations moved to La Romana in the Dominican Republic, and they found a way to call the brand “Montecristo” once more, having acquired the rights to the name from General Cigar. This loophole allowed Montecristo to be sold in the US, which had banned all Cuban imports to the US due to the embargo. The factory remains there to this today.

Today, both varieties of the Montecristo are popular around the world, with the Dominican versions regarded as highly as the original Cubans. The Montecristo No. 4 is considered a reliable, solid choice for a cigar and was the most popular Cuban cigar for many years.

At JJ Fox, you can choose from a wide range of strength and sizes within our Montecristo cigars.

The Montecristo Open Eagle Tubed (3 Pack) from JJ Fox is the perfect cigar for beginners. It is a mild cigar and very cool from start to finish, with the gentlest accent of Montecristo’s pepper notes. A touch of leather and a cool cedar base make this cigar an easy-going smoke that can be enjoyed at any occasion. 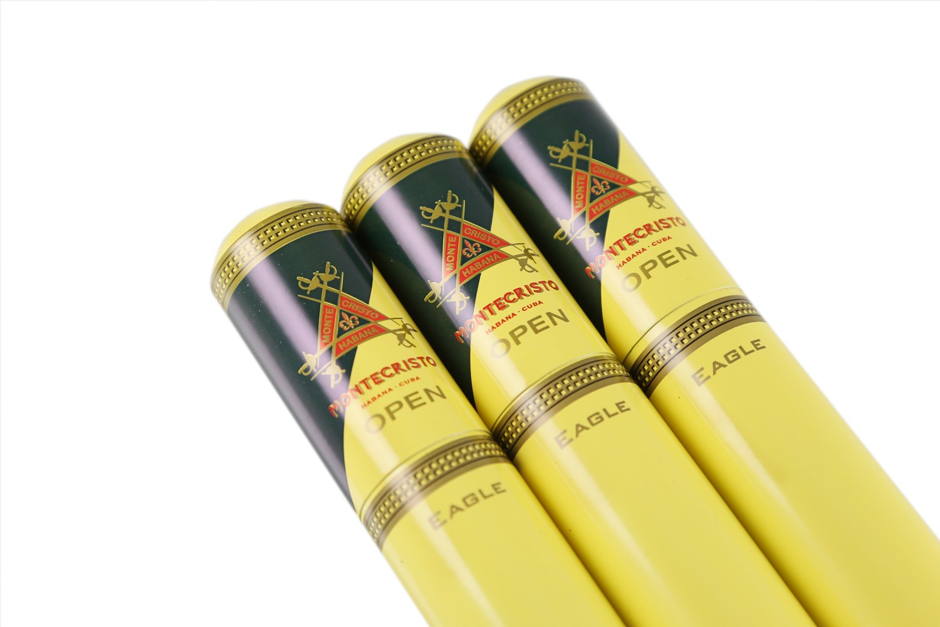 We couldn’t have a Montecristo cigar line-up without including the Montecristo No. 4. It is the biggest selling handmade Habano in the world. Tonnes of flavour but without being too full in body; spicy and peppery throughout without being overwhelming, and its reasonable strength has not one ounce of sharpness. Its medium strength and 20-30-minute smoking time make it ideal for any occasion. A true classic. 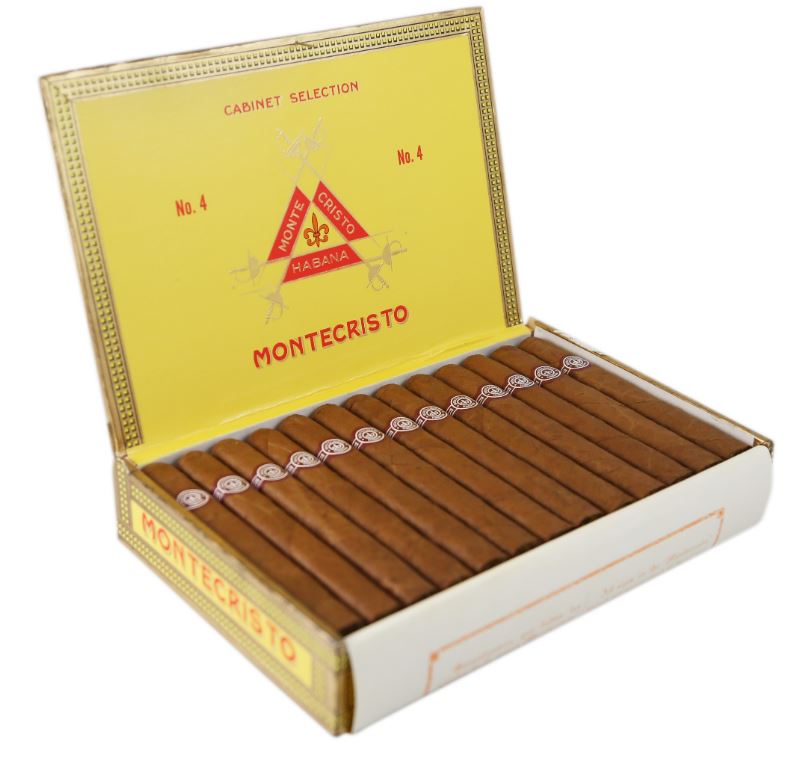 The Montecristo Petit Edmundo is a marvellous blend of tobacco that brings the classic Montecristo flavour in abundance, yet not having an over intensifying ending. This 20-30 minute smoke has mineral notes present throughout, starting more peppery and ending a little spicier, yet the earth/leather/cedar balance is consistently balanced throughout. 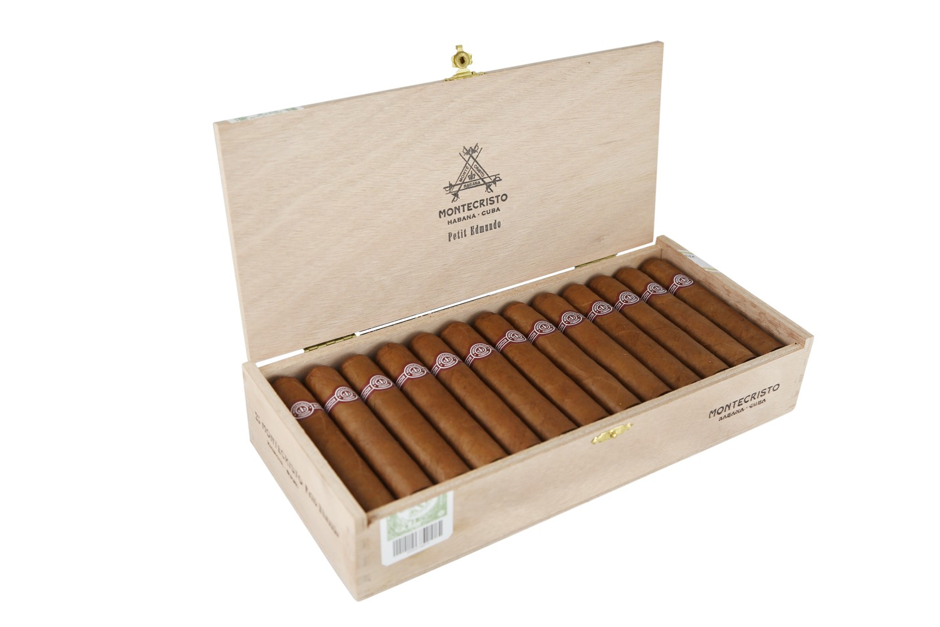 Finally, we can’t forget this tribute to the brand’s creation itself. The Montecristo Linea 1935 Dumas joins the original Medium to Full Bodied linea and the Medium flavoured Open series. Launched in 2016 to mark the brand’s 80th anniversary, this finely constructed cigar has a predominantly woody flavour with hints of cinnamon and a sweet note of pecan.

You can purchase your cigars from JJ Fox online or visit us in one of our London stores if you would like recommendations.