After years of anticipation the La Gloria Cubana Britanicas Extra United Kingdom Regional Edition 2017 arrived June 2020. When the 2018 UK Regional Edition, El Rey Del Mundo La Reina, reached the shelves before the 2017 UK Regional cigar lovers were left a bit mystified and wondered whether the Britanicas Extra would make it to anyone’s humidor. Well Hunters & Frankau and Habanos continued to develop and ultimately came to produce a cigar well worthy of the EMS status.

The feeling surrounding this release has been one of real excitement and intrigue. La Gloria Cubana is a brand that may not be familiar to many, and even less people would have sampled an EMS LGC cigar. So, it is unsurprising our first batch of boxes sold out in just over 24 hours. 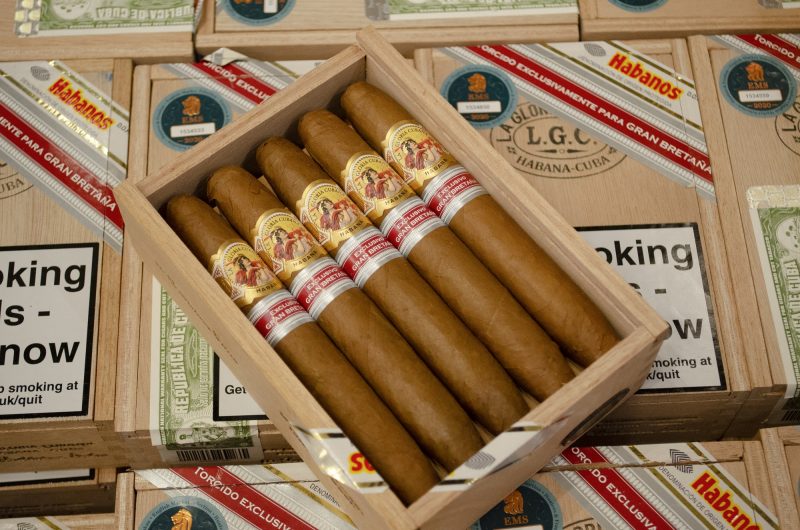 The cigar is of a rare size and shape. Measuring 5 3/8’’ (137mm) x 48 Ring Gauge, inspired by the huge success of the 2011 UK RE Bolivar Britanicas, this perfecto shape cigar is already replicating the popularity of its Regional Edition predecessor. There is a marginal difference in size between the two cigars; a 2 point larger RG girth for the LGC Britanicas Extra (hence the “extra”).

The Britanicas Extra is a medium bodied cigar with wonderful aromas and flavour, considered to be quite similar to the LGC Glorioso - a fine middle ground cigar, and another a fantastic representation of the La Gloria Cubana brand. The vitola is one of the hardest to roll and only cigar rollers of the highest grade in Cuba are assigned the task to deliver a cigar requiring such precise construction. It is the level of technique needed to create these wonderful vitolas that is cordially reflected in the admiration for the perfecto cigar. The flavour profile makes this cigar too delicate for a whisky pairing, but with cognac or as a late morning cigar with a coffee would be a perfect way to pair with a drink. 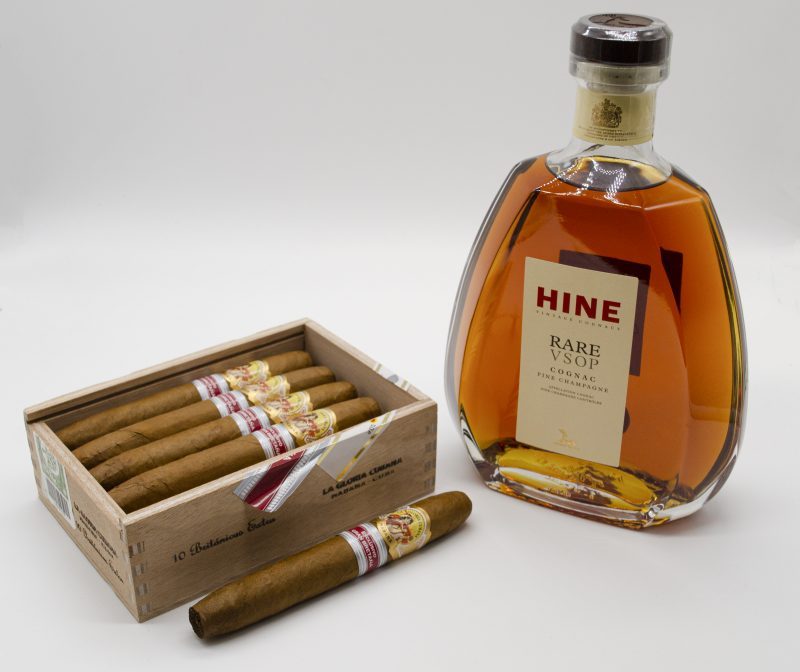 Review of the cigar.

The cigar appearance is very pleasant, Colorado Claro pure ‘lightish’ chocolate brown, nice smooth wrapper on an attractive shaped cigar. The cigar is packaged in an attractive and compact SLB of 10 with 2 rows of 5.

Before lighting the cigar had a pure tobacco taste & aroma, very little of anything else, and the draw is quite easy.

As a perfecto the cigar lit very quickly and easily, very light to begin with but opened up and got going very quickly. 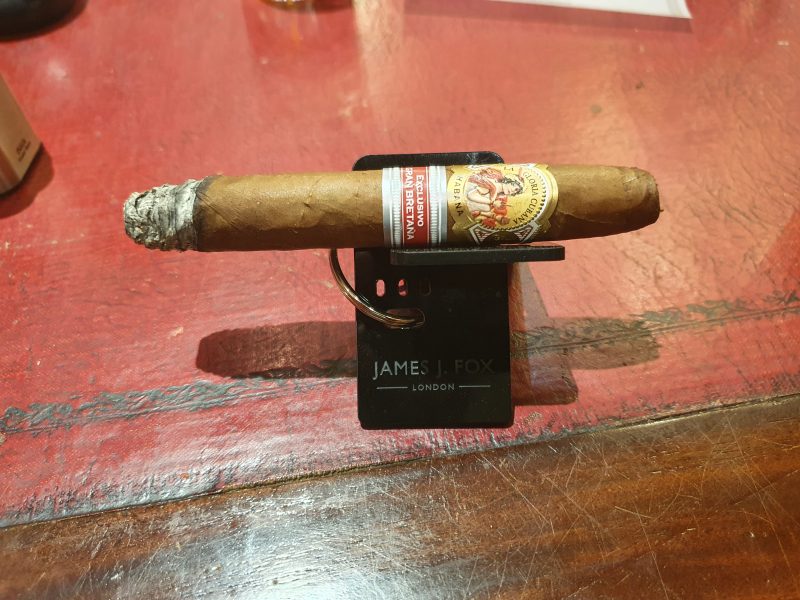 No need to discuss flavour stages in the cigar as the flavours did not change, the cigar had a very pleasant, hint of floral, clean tobacco flavour throughout. There was a slight edge of spiciness of mild white pepper. The aroma was similar. This cigar is mild, smooth and delicate. In the last third of the cigar did become slightly bolder and also after the ash fell.

The construction of the cigar was quite perfect, it burnt perfectly even, never went out, the ash fell unexpectedly twice but this only had minor effects. The ash was smooth, as the cigar did burn well, and had a lot of light grey with flecks of darker shades. 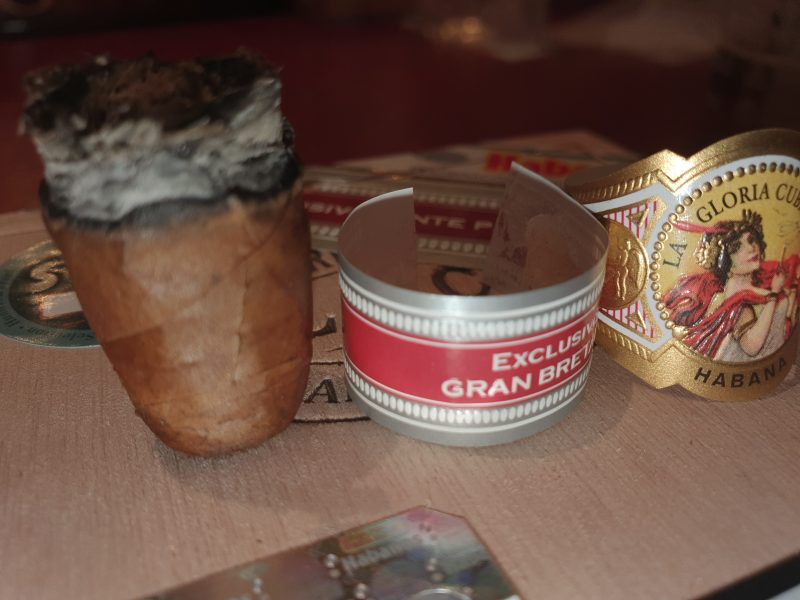 Overall the cigar was light, delicately flavoured and in that way it was pleasant. Because of the smooth flavour and how well the cigar smoked, I would assume that the tobacco has had a short but significant term of aging, I think the cigar smokes very well right now, but would also have further aging potential. I smoked the cigar with a pale lager and also rum, I was careful to wash the rum down with the lager before drawing on the cigar because the rum was slightly too strong for the cigar. I would suggest this cigar would be very pleasant with coffee in the morning, with champagne as an aperitif or even with a red wine after a meal. 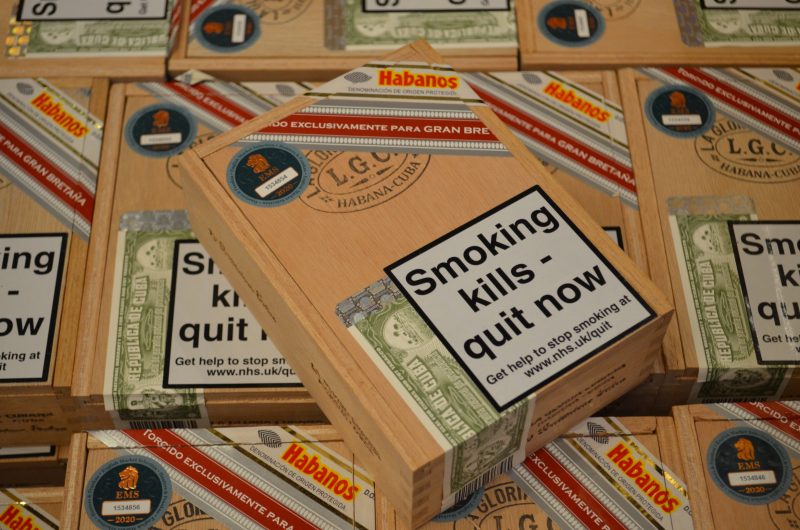