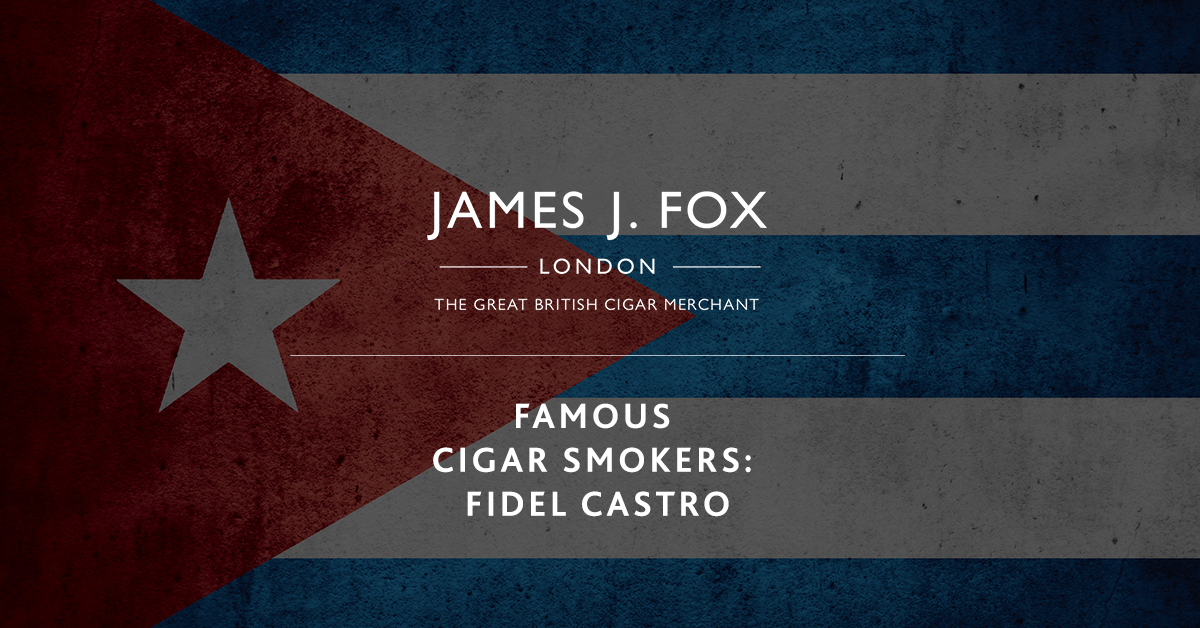 Fidel Castro (1926 – 2016) was a Cuban communist revolutionary who governed as Prime Minister of Cuba and then as President of the Council of State. He remained Cuba’s political leader for nearly five decades from 1959 until 2008, turning Cuba into a one-party communist state, the first communist state in the Western Hemisphere.

His life was fraught with international controversy, polarising world opinion. He was viewed as a champion of socialism and anti-imperialism by his supporters, whereas critics viewed him as a dictator who oversaw human rights abuses. He was also a well-known lover of cigars and considered them to be Cuba’s most important export. Here’s a look at the life and legacy of this controversial figure.

Fidel Castro was born 13th August 1926 in Cuba’s eastern Oriente Province. One of six children, he was born out of wedlock at his father’s farm; his father became financially successful growing sugar cane. Castro grew up with the children of the farm’s workforce, many of whom were migrants of African descent. It is this experience that Castro claimed prevented him from absorbing “bourgeois culture” at an early age.

At school, Castro did not excel academically but instead loved sports. In 1945 he went to study law at the University of Havana. Spurred on by anti-imperialism and opposition to US intervention in the Caribbean, Castro joined the University Committee for the Independence of Puerto Rico and the Committee for Democracy in the Dominican Republic.

Castro was critical of the corruption and violence of Cuban President Ramón Grau. In 1947 he joined a socialist group, the Party of the Cuban People, and that same year became president of the University Committee for Democracy in the Dominican Republic, joining an expedition to overthrow the right-wing military junta of Rafael Trujillo. The rebellion was quashed, however, but Castro escaped arrest by jumping off his naval frigate and swimming to shore.

Back in Havana Castro became more involved in protests and his speeches took a distinctly leftist slant, condemning the social and economic inequalities in Cuba. He became influenced by the writings of Marxist communists and saw Cuba’s problems as part of capitalist society. Castro had to go into hiding after exposing the government’s secret dealings with gangs, first in the countryside, then in the US. He returned some weeks later to graduate as a Doctor of Law in September 1950.

Castro wanted to run for Congress in 1952, but his radical reputation meant he was not nominated and was instead nominated as a candidate for the House of Representatives. This did not come to fruition, however, as the election was cancelled by Fulgencio Batista who seized power in a military coup. Batista moved to the right and solidified ties with the US and the wealthy elite, leading Castro be to begin thinking about ways to oust the regime.

Castro founded “The Movement” in 1953. He was sentenced to 15 years in prison after a failed attack on the Moncada Barracks during which many militants were killed. He was pardoned in 1955 when the government no longer considered him a political threat. Castro fled to Mexico where he met Che Guevara, and together they put together a revolutionary force intent on overthrowing Batista.

This was the “26th of July Movement” named for the date of the Moncada Barracks attack. On the 2nd December 1956, Castro and the movement landed on Cuban soil intent on starting a revolution. They were met with heavy defences and nearly all of them were killed, with just a few escaping, including Castro and Che Guevara.

In the next two years, Castro continued guerrilla attacks and gained large numbers. He and his supporters attacked Batista’s forces, overtaking town after town. Batista lost the popular support and suffered many defeats before he fled Cuba on the 1st January 1959.

Manuel Urrutia was made president of the new government and Castro was put in charge of the military. However, Castro had effectively taken over by July, and he remained as leader of Cuba for the next five decades.

Castro made radical changes to the country, including nationalising industry and seizing American-owned businesses and farms. He alienated the US – causing them to enforce a complete embargo on Cuban goods – and established strong ties with the Soviet Union as they became Cuba’s chief supporter and trade partner. He also transformed Cuba into a communist country.

Castro created a one-party government to exercise dictatorial control, suppressing any opposition. This caused many upper and middle-class Cubans to immigrate to the US.

The US wanted Castro out of power and made hundreds of attempts to assassinate him over the years, none with any success.

In 1962 the US discovered sites of Soviet nuclear missiles in Cuba and responded with a blockade, effectively quarantining the Soviets from bringing in more military supplies. The US demanded the removal of the missiles and the destruction of the site.

After hostile tensions, both sides agreed there was no want for a nuclear war, and the Soviets agreed to their removal on the condition that the US did not invade Cuba.

Cuba suffered greatly after the downfall of the Soviet Union in 1991, especially with the embargo against Cuba from the US still in effect. Yet Castro remained in power and only handed over control to his brother in 2008 due to his ill health.

Castro was a divisive leader with both enemies and admirers. During his leadership, Cuba became one of the best-educated and healthiest societies in the Third World, gaining a significant role in world affairs. His biographer noted that he symbolised: “defiance against the continued economic and cultural imperialism of the United States".

He was, however, heavily criticised for being a dictator – a label Castro rejected – and for his ruthless suppression of freedom of expression. Castro defended his government’s record on human rights, stating they only imprisoned counter-revolutionary activities to protect the rights of the collective populace.

Castro was a cigar lover and considered them to be Cuba’s most prestigious export. He was introduced to them by his father aged 15 and smoked them until he was 59 and was seldom photographed without one in hand.

Castro enjoyed smoking Cohibas, a brand that was developed after the victory of the revolution; he considers the Cohiba to be the best cigar available.

If you also like a Cohiba cigar or any other kind of Cuban cigar, you can purchase them online from JJ Fox today, or you can come and see us in person in one of our London stores.