2019 sees Cuba celebrates the 500th anniversary of the City of Havana. A nation with a magnificent history, and at times a convoluted history, put on a week to remember as they organised events from sunrise to well after sunset for the 21st Habanos Festival.

The grandiose closing spectacle did not disappoint as the 21st Habanos Festival signed off in typically glorious style. At the end of a fun-filled and eventful week, this year’s Friday Gala Evening was nothing short of spectacular as we joined cigar aficionados from all corners of the world to celebrate the 50th anniversary of the Trinidad brand and the 20th Anniversary of San Cristobal de la Habana.

Trinidad cigars have an interesting history that dates all the way back to 1969. Although they’re celebrating 50 years, Trinidad have only been a brand available for commercial consumption since 1999. For 30 years they had been the brand official and exclusive to the Cuban presidency regime, available distinguished delegates and diplomats. 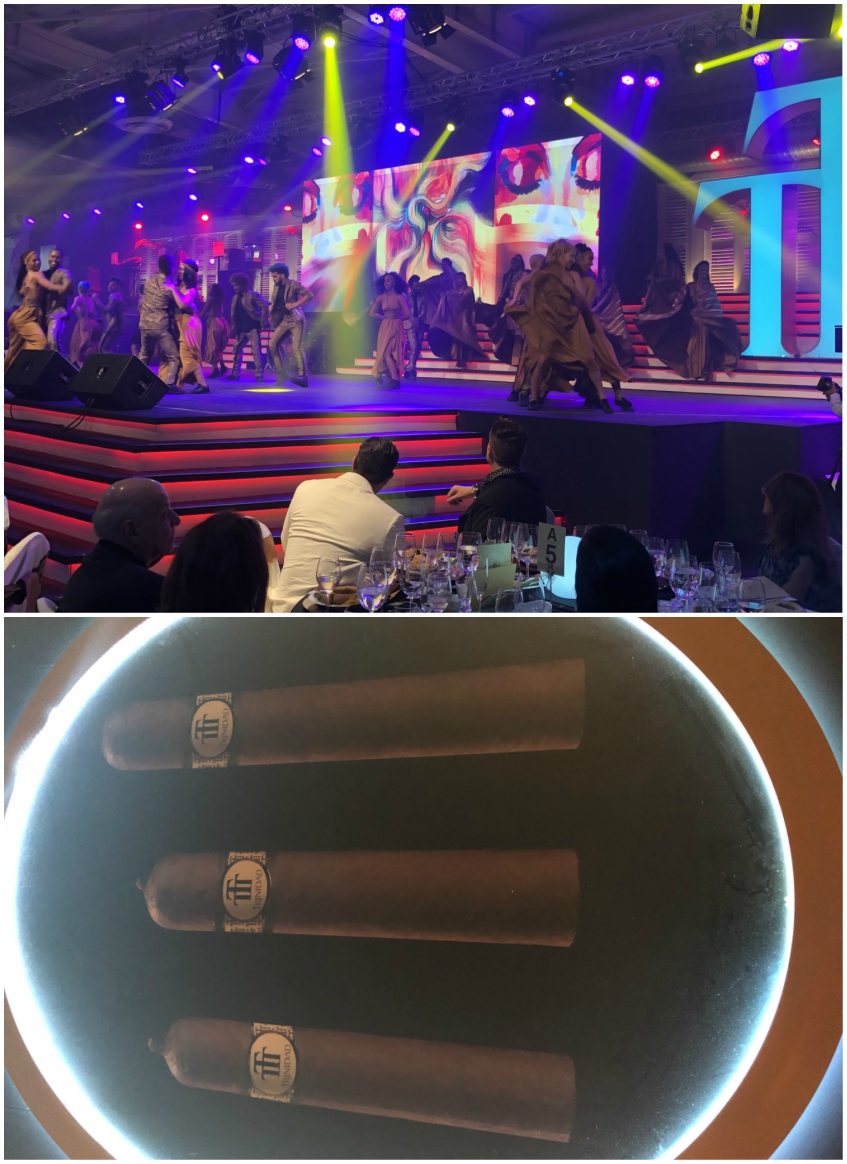 With the limelight being on Trinidad, they have received special treatment with Habanos confirming three new sizes added to their regular portfolio. This will bring back fond cigar smoking memories for those lucky enough to have tried the Trinidad Topes as it is one of the three. The other two are brand new vitolas, Esmeralda, 5 3/4 x 53 ring gauge, Media Luna, 4 1/2 x 50 and the Topes, 5 by 56. 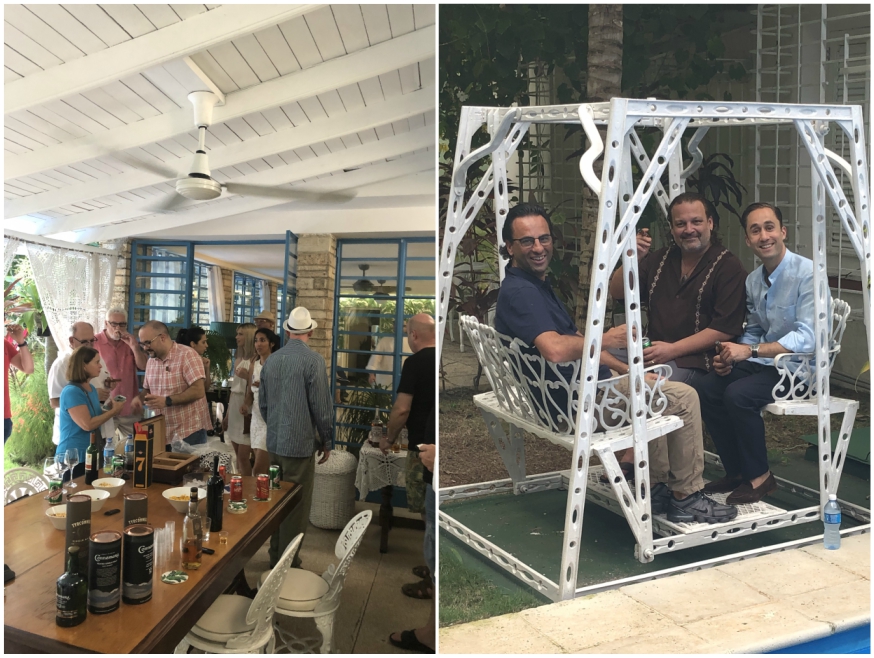 We hosted more than 100 people at our Fox ‘Habanos Festival’ Party on Thursday afternoon as we enjoyed day 4 of festival week. We turned the Fox gang’s home for the stay in Cuba, located at Villa Flores in Miramar Havana, into a scene of celebration as we hosted known faces as well as new. All party guests enjoyed a custom rolled Papo Robaina - a rare figurado cigar. A lot of rum has been consumed so far, but we decided to mix-it-up and pair our cigar with a whiskey. We went for the Connemara Single Malt Irish Whiskey – a peated malt, similar to Islay whisky. 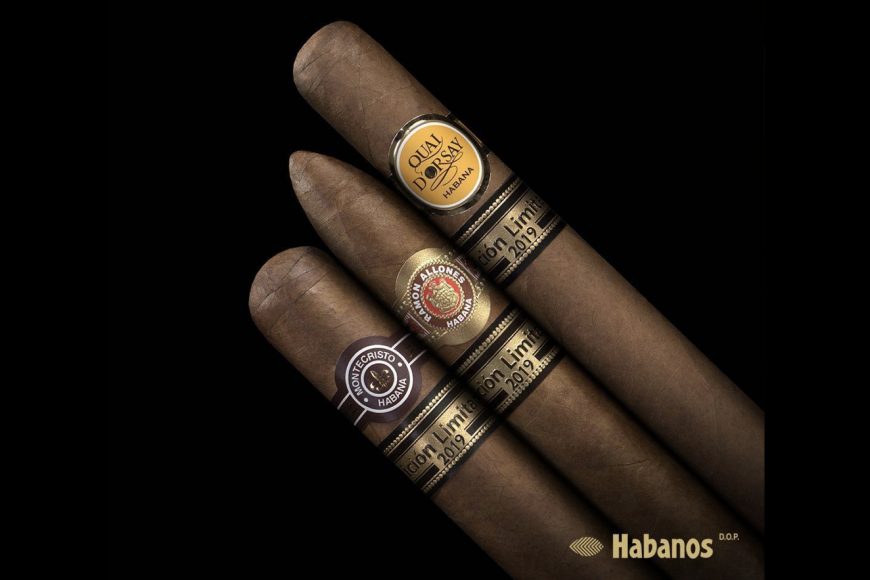 To kick off the XXI Habanos Festival in Cuba, Habanos released the identity of their Edicion Limitada of 2019 - The 20th year of the Habanos Limited Editions, starting in 2000.

The 2019 Edicions Limitada from Habanos will be:

With the exception of 2002, Habanos has consistently produced cigars that creates excitement among Cuban cigar aficionados. Since 2005 Habanos has produced three cigars every year as the series continues to be considered a prized addition to the humidors to smokers and collectors.

The Supremos is the ninth Edicion Limitada from Montecristo – the most of any of the brands. The Allones No.2 represents the third time for Ramon Allones, while the Senadores is the inaugural Edicion Limitada for Quai D’Orsay.

San Cristobal de La Habana was the original name given to the city of Havana back in 1519, honoured after the patron saint on the day it was founded. The cigar brand was founded in 1999; It’s one of the newest in the Habanos portfolio as they celebrate it’s 20th anniversary. To commemorate both the milestone of the city and of the brand, San Cristobal are releasing 500 handmade humidors each filled with 100 cigars of their new Roque vitola cigars. The San Cristóbal de La Habana 1519 comes in 6.7’’ (170mm) x 57 ring gauge with the brand’s usual soft-to-normal taste.

Did somebody say Gran Reserva?!

Wednesday night was dedicated to the Hoyo de Monterrey Double Corona Gran Reserva Cosecha 2013. Coming in their most revered vitola, double corona - 7.6’’ (194mm) x 49 ring gauge, this is the first time the Hoyo brand has been granted the Gran Reserva status.

The Gran Reserva cigars are rolled using tobaccos that have been aged for five years - a process that adds substantial value and great flavour to the cigar. Cosecha 2013 is the where the leaves were grown for the cigars. The cigars with the prestigious gold and black G R band have become some of the most sought cigars due to their limited availability. The Hoyo Gran Reserva Cosecha 2013 have been produced in 5000 uniquely numbered boxes each containing 15 cigars. While it’s the first Hoyo de Monterrey Grand Reserva to be released, the Epicure No.2 was released as a Reserva back in 2016.