The History of Cigars

Cigar smoking is a longstanding tradition. The origins of which are somewhat obscure, but the rich history that has followed cannot be ignored. It is something that we here at JJ Fox love to explore, as can be seen in our esteemed Freddie Fox Museum. What were the beginnings of cigar smoking and who were those famous smokers that took up a stogie or two in their time?

The earliest known cigar – or at least a rudimentary version of it – can be found on a ceramic pot discovered in Guatemala. It depicts an ancient Mayan puffing on tobacco leaves bound by string. This is an artefact that dates to the 10th century. It is likely that the name cigar also comes from the Mayans, as their term for smoking was sikar which seems to be a direct etymological ancestor of the Spanish cigarro.

It was in 1492 that Columbus famously discovered the Americas, leading to his discovery of tobacco and bringing it back to the shores of Europe.

However, it was slightly later that tobacco began to spread beyond Spain in Europe. Indeed, it was not until 1560 that Jean Nicot introduced tobacco to France (and thus gave a name to nicotine). From there it quickly spread to England. The first smoking Englishman, to be recorded, was apparently a sailor in Bristol who blew smoke from his nostrils. A strange and amusing sight for onlookers. 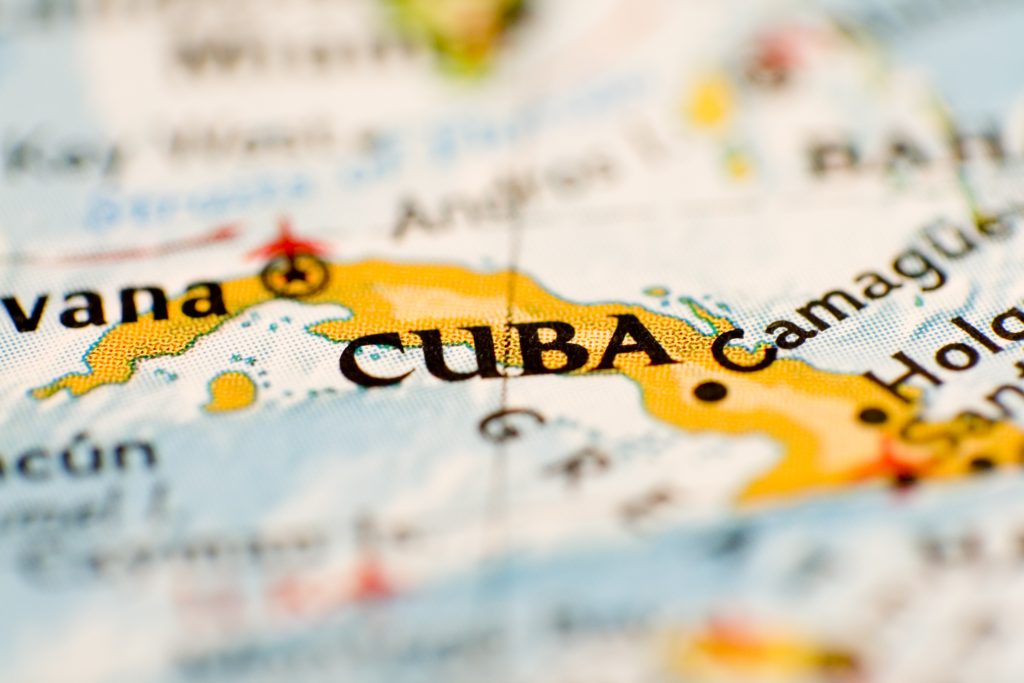 Cuba creates some of the most revered cigars in the world – the fertile lands of the nation giving a rich bed to grow the tobacco needed to create the wrapper, filler, and binder of Cuban cigars. Columbus was the one who claimed this island nation for Spain. This gave the nation a tight stranglehold on the market, as they instilled strict restrictions and mandated that all tobacco for export from Cuba needed to be registered in Spain. 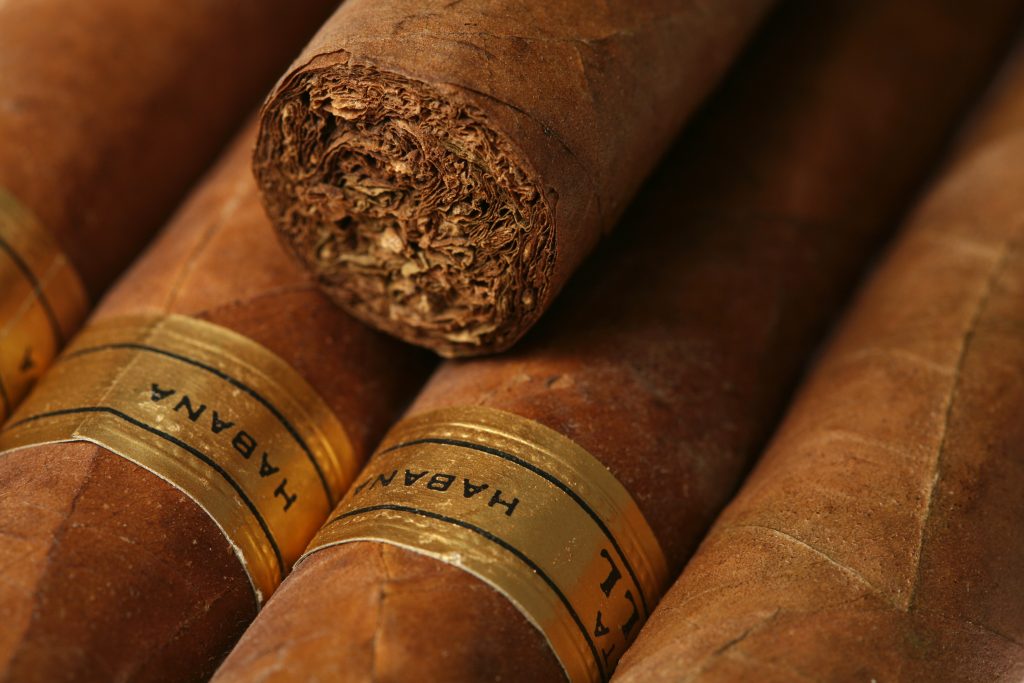 Later, they also banned Cuban growers from selling tobacco to anyone but the Spanish nation. These restrictions lasted until as late as 1817, remarkably. However, the popularity of cigars throughout the western world meant that this monopoly simply could not last.

In the nineteenth-century cigar smoking became particularly popular, whilst cigarettes were still somewhat rare and overall ill-formed. In Britain, this can be traced to its involvement in the Peninsular War – the conflict between Napoleon’s empire and the combined forces of Spain, Portugal, and Britain for control of the Iberian Peninsula during the Napoleonic Wars. British soldiers came back from this conflict with cigars that were bestowed upon them by their Spanish comrades. 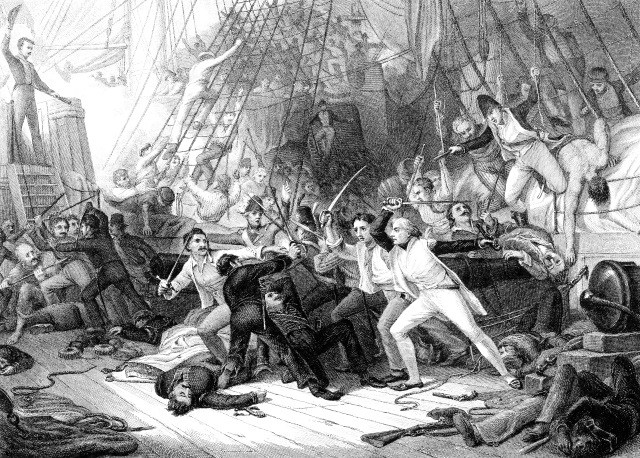 Officers and gentleman’s clubs across the nation then began to seek out finer examples of cigars, seeking the very best Cuban-grown tobacco. Cigars became so revered that Rudyard Kipling, author of The Jungle Book, even penned a poem detailing his love of cigars, “The Betrothed.” In it he declares, “And a woman is only a woman, but a good Cigar is a Smoke.”

Coffee houses begun to spring up around London, known as cigar divans, these were establishments that catered exclusively to smokers. These became somewhat of a fashion statement and it was very good for reputation to be seen there.

Of course, the St James Street became home to one of London’s first tobacco stores in 1787 under the guidance of Robert Lewis. Throughout the year's esteemed customers included Sir Winston Churchill, Oscar Wilde, and several British and foreign royalty. In 1992 a Dublin-based tobacconist acquired this business. The name of this store? JJ Fox. We have now proudly traded in cigars for over 229 years.

“If smoking is not allowed in heaven, I shall not go,” so spoke Mark Twain, American author of The Adventures of Huckleberry Finn. This author reportedly smoked 22 stogies’ a day, however, this could have been a number that was as much as 40! However, Twain famously did not smoke good cigars. He had a reputation among his friends as someone who partook of the worst quality cigars, preferring quantity rather than quality. So, although he is a man known for his love of cigars it was not perhaps because of his expertise.

A more infamous cigar smoker comes in the form of Al Capone. He was a notorious gangster in the roaring 1920s America, a provider of gambling, prostitution, and a proficient bootlegging racketeer. However, he was never prosecuted on any of these charges. Instead, he was caught out by a much simpler charge of tax evasion. During his last walk of freedom in 1932 following his trial, he said a fond farewell with one last cigar.

Britain is home to perhaps one of the most famed cigar smokers of all time. The esteemed Prime Minister and frequenter of the JJ Fox store, Sir Winston Churchill. His famed love for cigars is one of his most defining characteristics in popular memory. This was a love affair that began as early as 1895, during a trip to Cuba where he spent several days partaking in the local delicacies of oranges and cigars.

This is a passion that he indulged in throughout his life, thereafter. Rarely being seen without a cigar and is noted as having more singed suits than not. On 30th November 1874, Winston Churchill was born and we here at JJ Fox had an amazing celebration of the 142nd anniversary! It is without a doubt that he is one of the most esteemed men to ever have taken up the esteemed habit of cigar smoking.

Of course, a good stogie is not reserved for famous historical figures. If you would like to find out more, please don’t hesitate to contact a member of our team by calling 020 7930 3787.