Our Nicaraguan adventure started in the El Titan De Bronze cigar shop in Miami’s Little Havana. We had been invited to the shop by Fabian Ziegler of Drew Estate to sample the Herrera Esteli, amongst others, and take a tour of the shop that started the legend of Willy Herrera. The shop itself is quite small, with the majority of the space being taken up by a surprising number of rolling tables. The shop places a great emphasis on quality and consistency, resulting in smaller batches of boutique cigars. It was a great little shop to visit, and the regulars who popped in to stock up whilst we were there certainly spoke highly of the place.

The Cigar Safari bus collected us at the airport in Managua. The three hour drive to Esteli was made very comfortable with a cigar sampling and a rum tasting. Esteli is one of the main tobacco producing regions in Nicaragua, and is home to Drew Estate, Joya De Nicaragua and Padron. Our first couple of days were spent in the Drew Estate compound, a comfortable villa style accommodation right next to the factory. 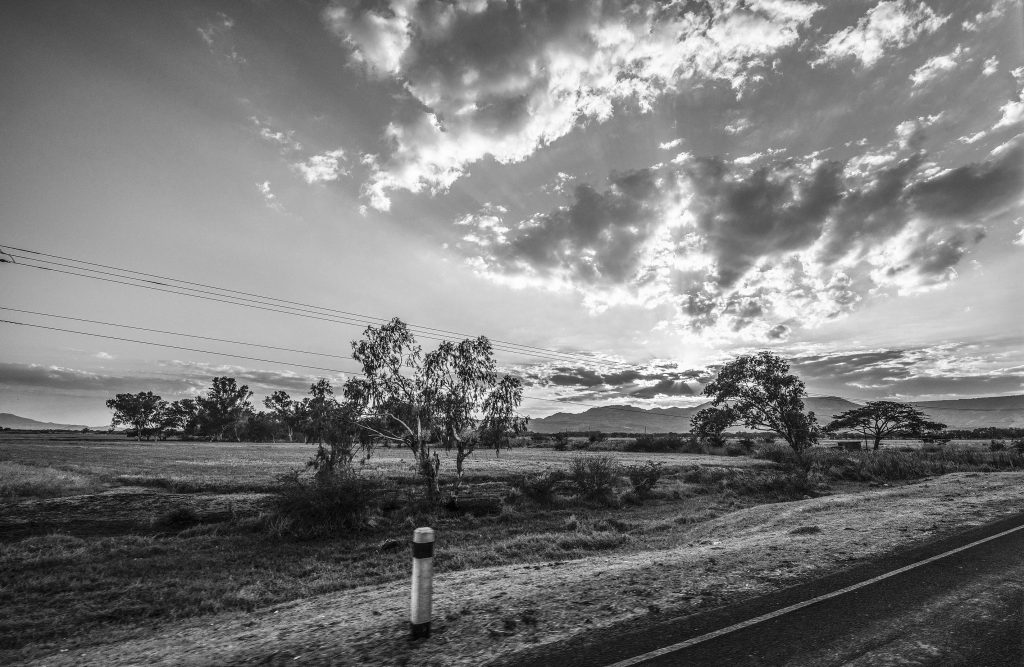 We were taken on a tour of a tobacco plantation on our first morning in Esteli, the seedings had all been transplanted and mostly harvested, although the shade grown area had only been part harvested, which gave us the opportunity to wander through the plants. The curing barns were all in full swing, which gave us the perfect opportunity to watch how the leaves were sorted and hung to dry. If you’ve never been in a curing barn, it’s quite an experience. The heat and humidity, along with the smell of ammonia, can be quite overpowering. It is all still a completely manual process, from the stitching of the leaves together, to the hanging of the poles at the top of the barn. 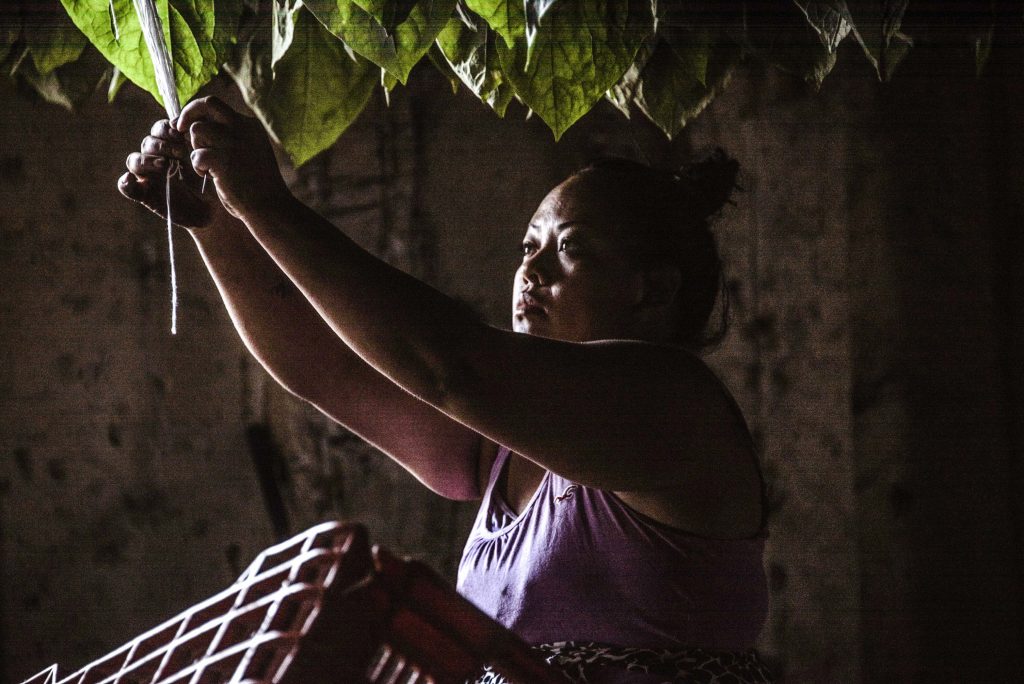 It was a quick bus ride back to the Drew Estate blending room with Willy Herrera, Drew Estate’s master Blender. We were lucky to catch Willy in Esteli, as he was supposed to have left for Miami the day before we arrived. 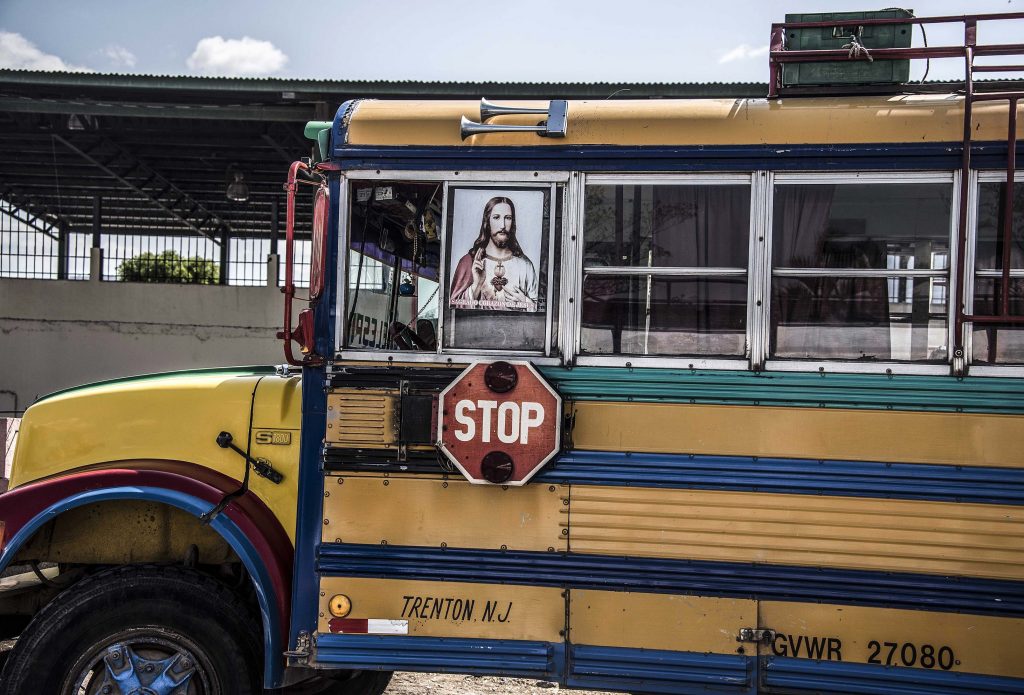 The blending room wall had a large number of wooden chutes filled with different types of filler, binder and wrapper leaves, all cured to exhibit different characteristics. We were challenged to create our own unique blend by handling these different tobacco leaves. Once we had selected our choice, Willy then rolled a unique cigar for each of us to sample and see if it was a blend to our taste. Drew Estate very kindly rolled ten sticks of our unique blend and presented them to us on the evening before our departure. 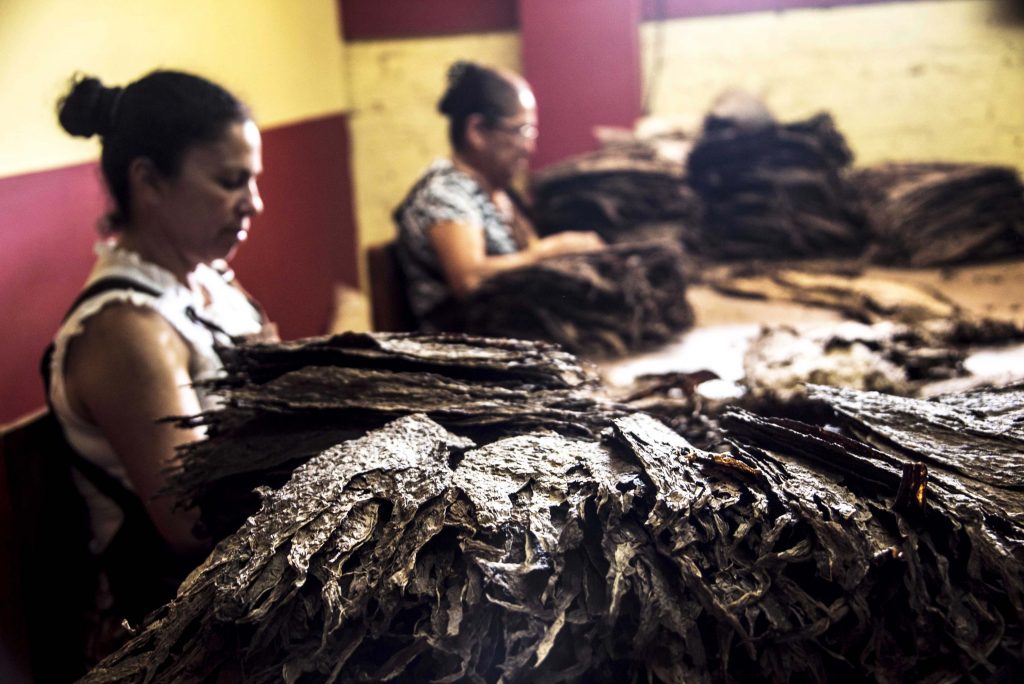 The afternoon saw us visit the Joya De Nicaragua factory, which had a pretty different feel to any of the factories I had seen in Cuba. We started off the tour with a brief background on the brand, and a smoke. The Joya De Nicaragua Cabinetta was a fantastic start to the tour, with its combination of a dark, coffee-hued Nicaraguan Criollo wrapper with a creamy, light Ecuadorian Shade main wrapper. It’s a mild to medium strength smoke with hints of cocoa, pepper and earthiness. The factory itself comes across as a mix of old and new, the building itself being decorated with bold artwork in places, while still giving the feel of a traditional cigar factory.

We had the pleasure of being accompanied on our tour by Dr. Alejandro Ernesto Martínez Cuenca, the current owner of the company, who was happy to answer any questions we had about how the company worked. We were joined for a final tasting and blending session by Juan Martinez, Joya’s Executive President, to assist us in creating our own blends. 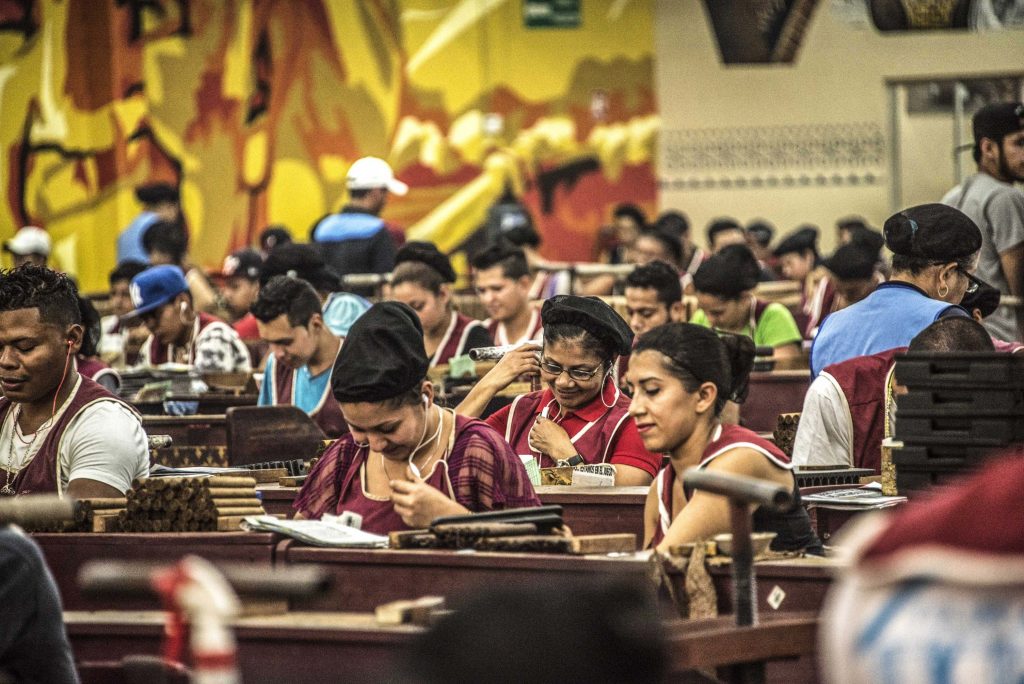 The next morning we had the humbling experience of visiting one of the local primary schools to see the good work the Joya factory is doing in the local community. This was a real eye-opener and made me realise just how fortunate we are in the UK, and how much we take for granted. The amount of pride that was shining through on the faces of both the staff and the pupils was truly inspiring.

The visit to the Drew Estate factory was unbelievable, the sheer size of the factory was like nothing I had seen in any factory in Cuba, the rollers produce in the region of 160,000 sticks per day. The rolling room stretches off into the distance with what seems like thousands of people rolling cigars non-stop. The factory has a line of old US school buses standing outside, which transport the workers free of charge to and from work. There is also a medical surgery on the grounds available to any member of staff who feels unwell. The entire factory is covered in incredible artwork by Jessi Flores of Subculture Studios, the creative division of Drew Estate, making it all even more eye-catching.

The tour ended with a visit to Subculture Studios itself, an arts studio located next to the factory. Jessi showed us around and was deservedly proud of the work they were doing, as well as creating all the artwork for Drew Estate, the studio takes on promising local talent and gives them the opportunity to shine in the studio. They also create custom artwork on t-shirts, travel humidors, etc. for anyone who would like a custom piece done. The evening was spent sampling some of the delights of the Drew Estate Factory whilst listening to some local live music.

We bid our farewells to Drew Estate the following morning and moved ourselves into a local hotel for our final night in Esteli. Before our departure though, we had one more factory to visit. I had been looking forward to the Padron visit, as I had enjoyed their range of cigars for some time. Rudy Padron met us in his office for a brief rundown on the history of the Padron brand, including the story of how his father, Jose Orlando Padron, was gifted a small hammer in Miami, allowing him to become self-sufficient as a carpenter, before we toured the factory itself. The feel of the factory is much closer to factories I had seen in Cuba, possibly this is an indication of the brand’s strong historical association with Cuba. Some of the workers had been with the company for over 50 years, others were second or even third generation, which goes to show just how much the local community has come to benefit from the tobacco producers in the area.

After a somewhat leisurely lunch, we made our way to the Padron plantations and curing barns. As we turned the corner a very familiar sight came into view. It was the image of the tobacco fields with hills in the distance that I had seen on so many pictures before. It was a real feeling of déjà vu. The fields were still not all harvested, resulting in a sea of green tobacco leaves. It was a fantastic experience, feeling the tobacco leaves in our hands, imagining we could be smoking that leaf in a few years.

Our last full day in Nicaragua was a day of travel, we had an early departure from Esteli, and made our way down to Granada, an old colonial town on the edge of Lake Nicaragua. We had the opportunity to explore the little islands on the edge of Lake Nicaragua, all formed by an ancient volcanic explosion by the now dormant Monbacho volcano, which dominates the skyline on the edge of the lake. On our way back to Managua for our final night, we visited Masaya Volcano, which lies just south of Managua. This is an active volcano with large plumes of smoke issuing from the caldera, and a lava flow can be viewed when looking down into the mouth. We were given ten minutes on the top to take any pictures, as it was too dangerous to stay any longer than that. Looking into the caldera was a very sobering experience, making one realise just how insignificant one is, in the face of nature.

We completed the day with a fantastic dinner and rum tasting hosted by Juan Martinez of Joya De Nicaragua, and made our sleepy way back to the hotel for a very early wakeup call and bus ride to the airport for our flights back to the UK.

Nicaragua was a country which had never really registered on my radar as a country to visit, before being invited I had vague recollections of revolution, CIA involvement, earthquakes, a country which had suffered a troubled past. My experiences on this trip left me with memories of warm, friendly people, generosity which knew no bounds and a sense of pride in what they had in their land. It is a country I would take great pleasure in visiting again and would truly recommend as a place to see.

Read more about our other visits: