In this new instalment of our cigar spotlight series, we’re going to Italy for a taste of Toscano. Toscano have a deep heritage that is tangible in the flavour profiles of their cigars, and in this article, we’re looking into the brand’s history and where Toscano are today.

The History of Toscano Cigars

It had been a beautiful season for cigar production in Florence: the planting process had been a smooth one, the leaves had been picked and sorted with great efficiency, and the weather was just right.

This remained so for a time, until a sudden downpour afflicted what had previously been a stellar batch of leaves. The planters were heartbroken – the losses they would incur on this crop would be severe. What they didn’t know was that this heavenly drenching would mark a new age in cigar production.

It was decided that these ‘ruined’ leaves could still be used to market cheap cigars to the native Florentines; however, these seemingly inferior cigars turned out be a sensation. The rainwater had caused the tobacco to ferment, which is now a common practice in cigar creation.

The fermentation process is used to draw out a cigar’s sugars, providing a sweet and robust smoke. Different types of leaves undergo a slightly different process of fermentation nowadays: the leaves from the bottom of the plant take the least time to ferment, whilst the leaves from the uppermost sections take much longer. Excessive fermentation can, however, cause the tobacco to rot, destroying the delicate tastes and aromas; this is therefore a very important step that could make or break a batch of tobacco.

This miraculous success story is over two hundred years old, dating back to August, 1815. Three years later, the Toscano cigar entered regular production, and they are still being made today. This fortuitous event shaped the Toscano company forever, as one of their core values is ‘boldness in innovation’. 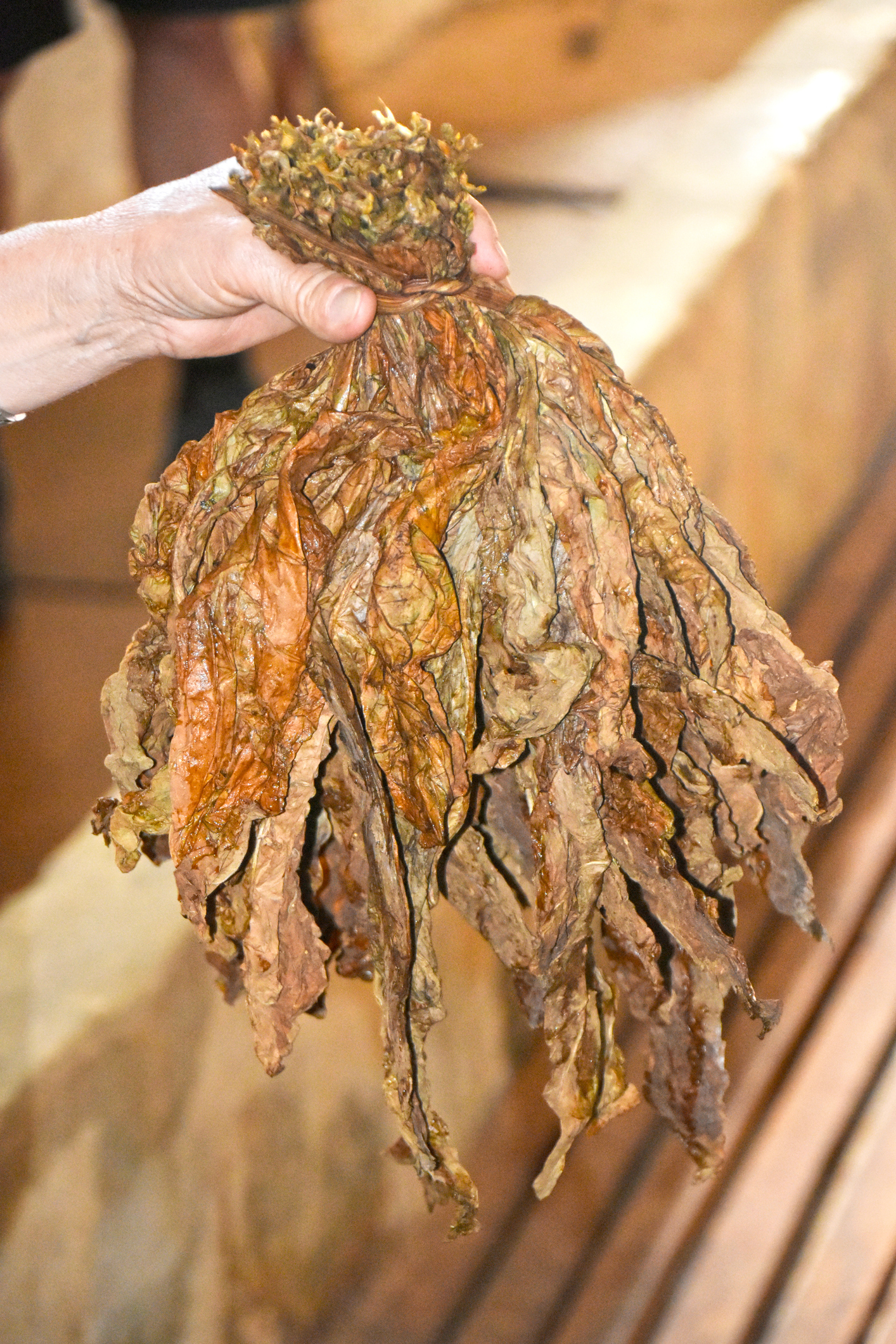 Toscano believe in new experiences, challenging themselves to bring forward a stronger game in the tobacco industry. They don’t make just any Italian cigar, they are the Italian cigar.

Not only are Toscano a leading brand in Italian cigars; they’re also forward-thinking in social values. They are proud to announce that they have had one of the highest female presences throughout the industrial world, having had sixteen-thousand women in employment rolling their cigars at the beginning of the first World War.

Like many in the cigar trade, family is important to their business, with the job of cigar rolling often being passed from mother to daughter. It takes eighteen months of training to become a cigar roller, but becoming a master of the craft can take a lifetime.

The typical Toscano cigar has a different form to most other cigars. For example, a quality of the typical Cuban cigar would be it’s uniform diameter from start to end, alongside its smooth wrapper. Italian cigars, by contrast, take on a far more homely vibe. By their image, one is reminded of a summer evening in a beautiful villa, deep in Italian countryside. The Toscano is both charming and flavoursome with it’s elliptical shape and rolling texture.

There are two ways to smoke Italian six-inch cigars: intero and ammezzato. To smoke Intero is to smoke the whole cigar, but to smoke ammezzato means to half the cigar in order to have two shorter smokes to enjoy.

The Toscano Toscanello Cigars are medium strength cigars made from Kentucky tobacco. These cigars are highly recommended for entry level cigar smokers; you get five 3” cigars at a suitable £15.75 price tag, which is well worth an experiment into cigar culture.

Antico means age-old, and these cigars give a nod to the centuries-old Toscano traditions. Like many Italian cigars, the Toscano Antico Cigars‘ appearance is charmingly bumpy and elliptical. The Antico come in packs of five and have a full, savoury flavour.

These classic cigars have an uneven and dark wrapper that begs to be paired with a rich yet bitter chocolate. The Toscano Classico Cigars have a sweet aroma and come in packs of five. 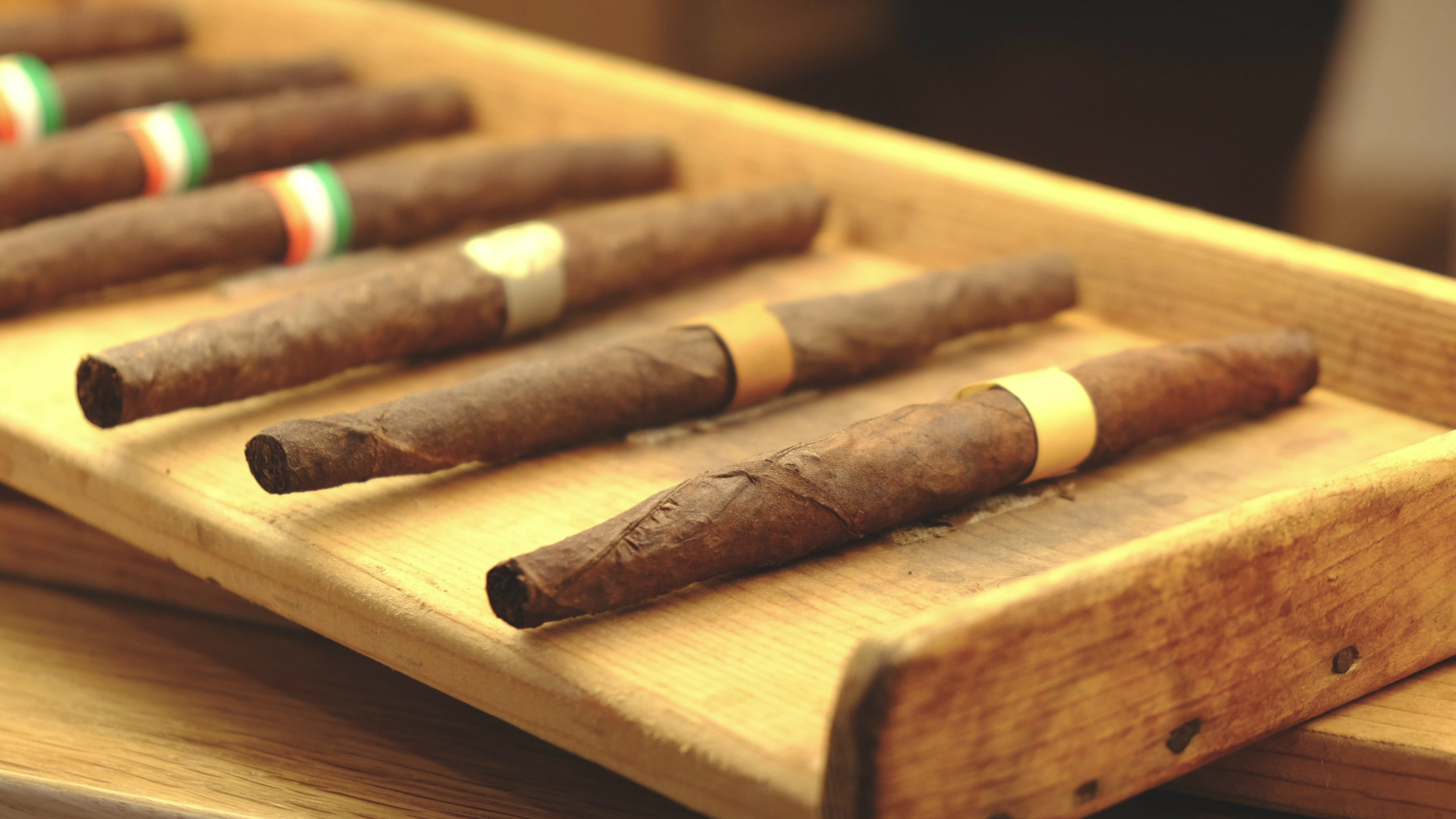 The Toscano is James J. Fox’s preferred Italian cigar. These cigars make delicious Christmas presents, so why not consider them for a special someone in your life? If you’re interested in reading about some of our other brands, we’ve done spotlights on a number of top-quality cigars: